The big, fat lie about closing

April 30, 2013
When visiting with a group of students at a University recently, the issue popped up about when and how to close. I find it interesting how much it is discussed, yet how bad most people in the profession actually ARE at it.

Now, I know that people can close. Just about every person that is on this planet is here because someone closed the deal: to go out with them, to date them, to marry them, and then to have kids. OK, I'm not that old, I know many of those get jumbled now, but still - a close occured, and boom - billions of people are on this planet.

Somehow, without the pheromones and emotions connected with my analogy, however, when it is only...your livelihood... on the line, salespeople gradually get worse at it. That is why most trainers have summarized and watered down the close into simple phrases you are supposed to carry around for motivation:
"Close hard, close often."
"You don't ask, you don't get."
"It takes 5 "no"s (or 6 or 7 or whatever) to get to the next 'yes'"
I find myself getting increasingly irritated by this barbaric approach. There is some truth to all of these quotes, just like there is some truth to everyone of Jeff Foxworthy's redneck jokes, but that doesn't make them Universally and totally the correct approach.

There. I said it. I challenged the age old "sales standard." I disagree fundamentally with "the establishment." But, what now? If those phrases are rooted in truth, but not inherently correct, then what is?

Here's the deal: It IS correct that you are less likely to get the order if you don't ask for it. I just want to say there's a lot more work to it than that. Sales experts have long said that salespeople don't ask for the sale out of fear, but it is assumed that it is fear of rejection. Really? That's it? You've never been turned down by a girl? You've never asked for an upgrade at a hotel or airline and gotten that sneering down the nose look by the agent? It's REJECTION?

Nope. I think the real fear is gut. I think salespeople don't ask for the sale more often because they haven't earned it. They haven't taken the necessary steps on the front end to build a relationship, confirm needs, connect those needs to the product, and built trust. Whoa! Now THAT sounds like a lot of work. Well, it is. It doesn't have to be, but it is. So... my theory is this: You aren't closing because you are EMBARRASSED of the lousy job you've done so far. You are aware that you've cut corners, that you've shaved benefits, you've missed the mark. So, you're embarrassed to ask for the sale. You know I'm right!

It's OK, I have hope. All those former phrases are right....enough. You should ask for the business, you owe it to the people you feed with your earnings. But, you owe it to your customer to build the sale to the point that you can ask for it.... guilt free. You wanna be a better closer? It's NOT with carrying around those catch phrases. It's with adjusting your style to establish better rapport, listen better, and better connecting your product to those discovered needs. Then, you can close with some swagger!

What if you KNOW you've missed those steps, and the customer is trying to exit stage left? Well... you'll have to read the next entry for that! In the meantime, adjust your style, then close with confidence!

Popular posts from this blog 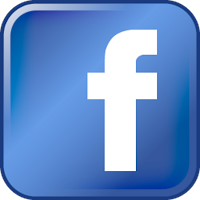 Facebook is so funny.  You're sitting there trying to beat level 89 of Candy Crush, and up pops this friend request - this person you haven't seen or heard from in years, you were in homeroom with him in 10th grade.  During your years, you probably exchanged... I don't know... 35 words?  Now, he is so excited to have found you.

So, your finger hovers over the button on your smartphone...
Do I accept?  What's his name again?  oh, yeah.. Jake.

So, you click on his profile to see what he shares with the public.  A few photos, not much.  He looks like his younger version, just heavier.  Oh, his wife looks nice.  Looks like they live in Rhode Island.  I don't know anybody else in Rhode Island.

So, you accept the request.  Now, there he is.. friend number 389.  You don't really care that he found a new shawarma place for lunch today, or that his kid lost a tooth.  You don't want to be bothered with how upset he is at his electric bill.  The truth is.. you don&…
Read more

How to earn the right to close

June 01, 2013
In my last blog I told you about Rachel, and how to recover from a really BAD presentation.  Luckily, you can avoid that, too!  What if there were a foolproof way to AVOID bad presentations in the first place, thereby ALWAYS giving you the right to close, thereby increasing your conversion rate and your wallet?!?  What would THAT be worth to you?
OK, nothing's foolproof, but I do have some suggestions!
First, begin with the end in mind.  Stephen Covey said it best in 7 Habits, you should always launch your ventures knowing where you ultimately want to land.  Imagine working hard for a vacation, packing up the family cruiser with tons of luggage, toys, kids, grandma, and the cat- then heading down the road.  About an hour into it, your spouse lovingly looks at you and innocently asks, "so, where we goin'?"   Ridiculous, right?  Who would go through all that trouble without a plan?
Well (sheepish pause), we've all done that with a sale, haven't we?  We've al…
Read more

Can you REALLY Overcome an Objection?

January 20, 2014
I've taken a six month hiatus on writing, but there's many topics for me to catch up on.  After recently onboarding a half dozen new hires, I have realized one question just keeps popping up: "Stephen, how do YOU overcome objections?"  I've had answers for that one over the years, but I recently came to grips with an interesting fact: I don't.
What I mean is, I am not the one who overcomes objections - the person raising them does. Allow me to explain further: You go out to eat and order a diet Coke (because ordering anything else in the Atlanta area is paramount to a sin, and could be met with legal ramifications in some jurisdictions).  Anyway, the server says "We have diet Pepsi - is that OK?".  Now, YOU have a choice. Please forgive my simple example, but it matters with large purchases, too. In my example, it is the restaurant patron that must make a choice.  You, as the customer, have some choice responses: 1) "I think i was clear. I ordered…
Read more